Rescue Pittie Is Glowing In Her Very Own Maternity Shoot

When Mama Pickles was found wandering around all alone in early September, it was immediately clear that she needed help. The 2-year-old pit bull was very pregnant, and animal control officers quickly got her off the streets and attempted to find out where she had come from. They were able to get in contact with her owners, who decided they didn’t want her anymore and opted to leave her at the shelter. 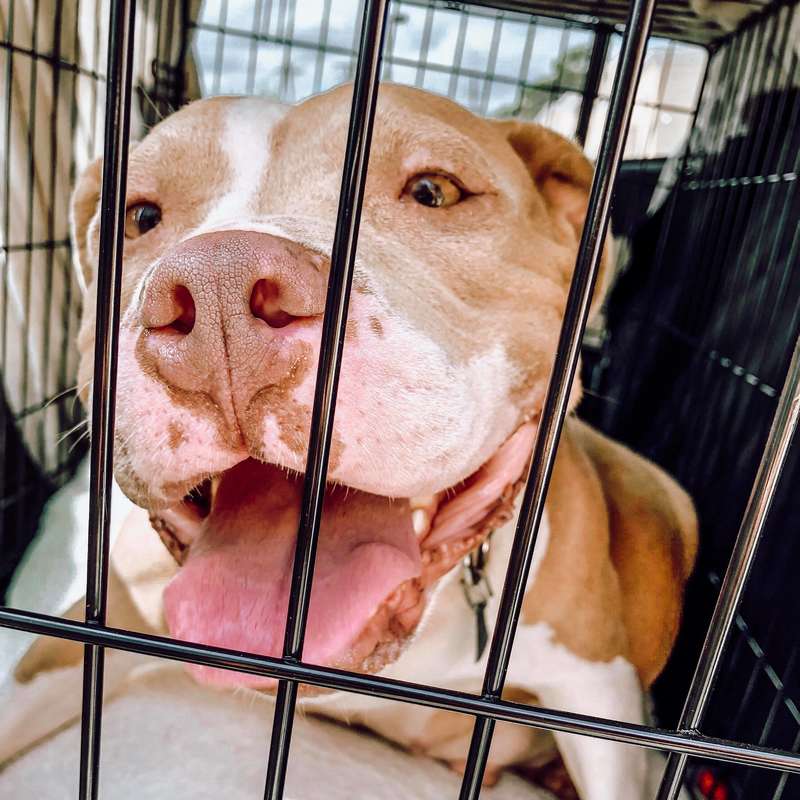 Poor Mama Pickles was so pregnant and in need of more specialized help than the shelter could provide, but luckily, she was soon pulled by Pits & Giggles Rescue. The sweet pit bull was so excited to meet all of her new rescue friends, and couldn’t help but jump all over them for attention and kisses. Her huge belly made moving around a little difficult, but even that couldn’t stop her.

“She is a ‘pit bull in a china shop,’” Lauren Casteen Sykes, a volunteer with Pits & Giggles Rescue, told The Dodo. “Mama Pickles is all tail wags and smooshy kisses and must be underfoot and in your space at all times! She is definitely a ‘velcro pitty,’ and certainly has a little bit of mischief in her eyes.” 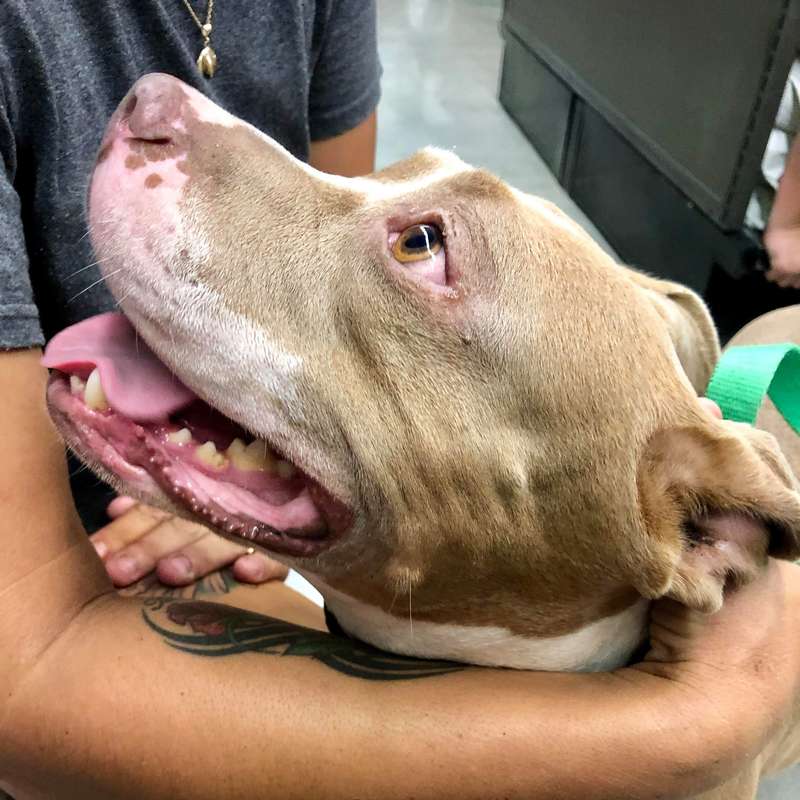 Sykes is the owner of Enchanted Hills Photography and volunteers her time to take pictures of the dogs and puppies at Pits & Giggles Rescue to help them get adopted. As soon as Mama Pickles arrived at the rescue, everyone knew right away that she was the perfect candidate for a maternity photo shoot — and the results were better than anyone could have imagined.

“She was so excited she could hardly sit still,” Sykes said. “She loves affection and treats and was happy to participate! The hardest part was getting her to stay because she loves people SO much!” 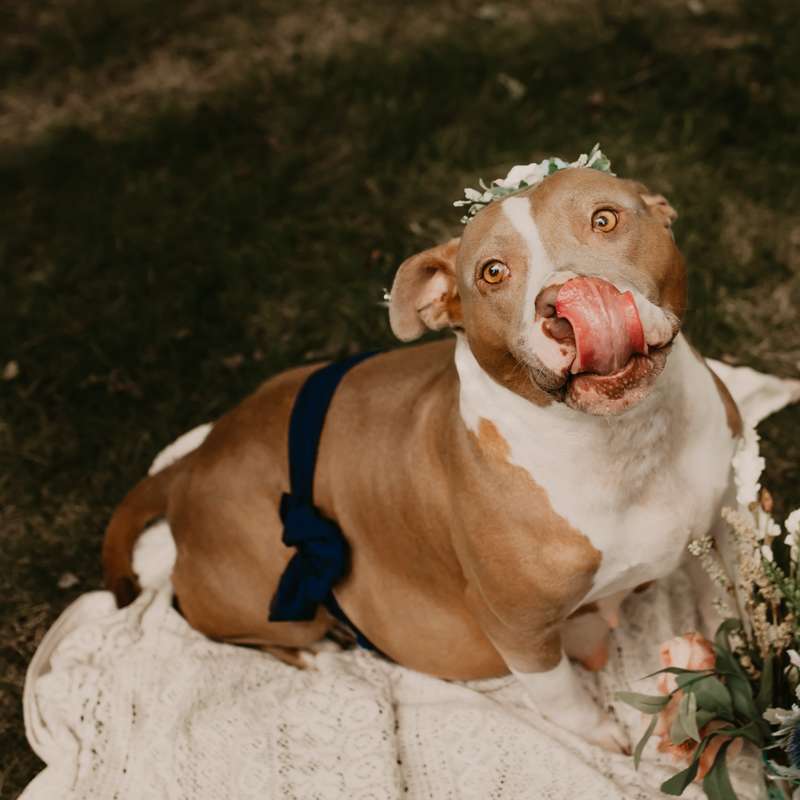 As Sykes attempted to pose Mama Pickles for the shoot, everyone kept cracking up at what a diva she was. She would strike the fiercest poses anyone had ever seen — and then totally ruin it with her clumsy belly and goofy personality.

“It was hilarious,” Sykes said. “She is ALL belly and a bit clumsy, so getting her posed was not difficult, but getting her to sit still long enough to get a picture was no easy task! Her bows were crooked, falling off and tripping her up — we couldn’t help but laugh, she’s such a cartoon!” 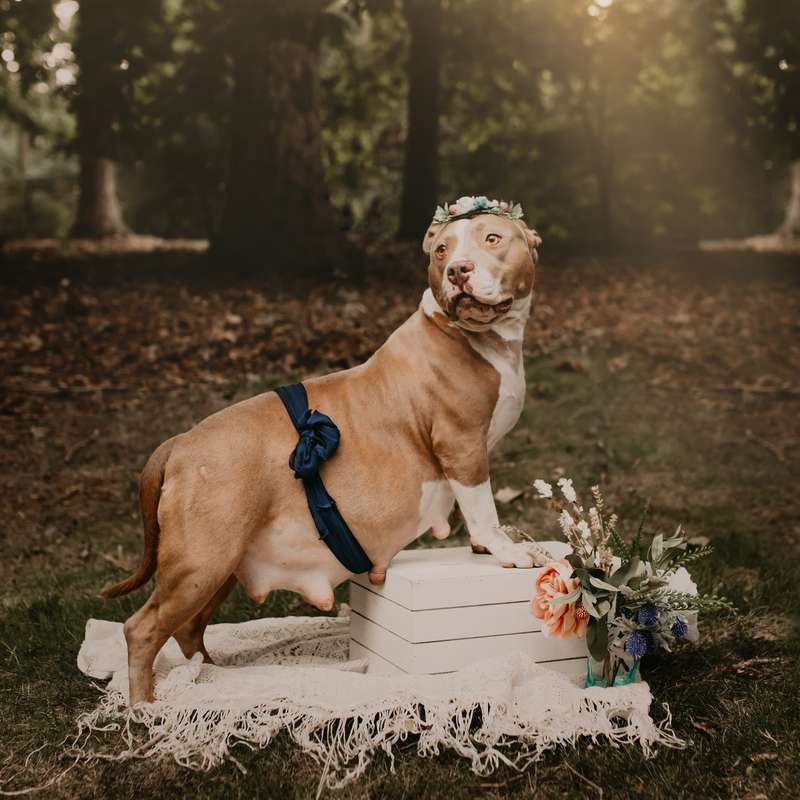 Despite all the distractions, Sykes was able to capture some stunning, adorable photos of the proud mama-to-be, and was so thrilled that Mama Pickles was finally getting the love and recognition she clearly deserved.

“She’s quite the model,” Sykes said. “Her legs are certainly too short for runway, but she was really loving all the attention and affection.” 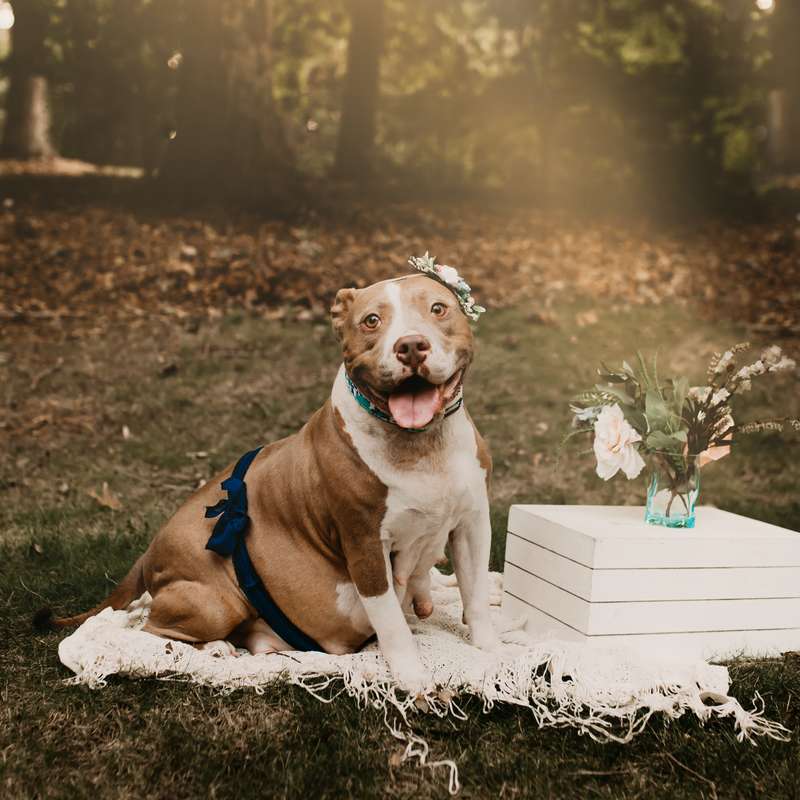 Once the shoot was over, all that was left to do was wait for Mama Pickles’ babies to arrive — and they didn’t have to wait long! Over the weekend, Mama Pickles gave birth to eight healthy puppies — all fabulous little girls just like their mom. 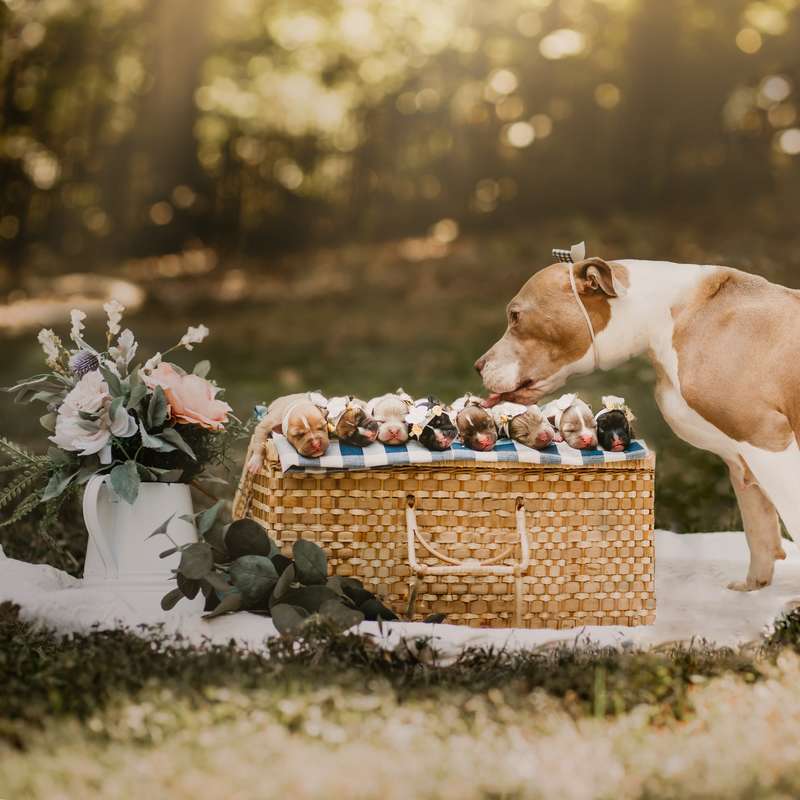 After giving Mama Pickles and her puppies some time to rest and relax, Sykes and everyone at the rescue decided it was only fitting to do a newborn photo shoot, as a follow-up to the first shoot — and this time, Mama Pickles was even more proud, posing next to her adorable puppies. She’s already an incredible mom, making sure her baby girls are safe and cared for every step of the way, and everyone is so proud of the amazing job she’s doing. 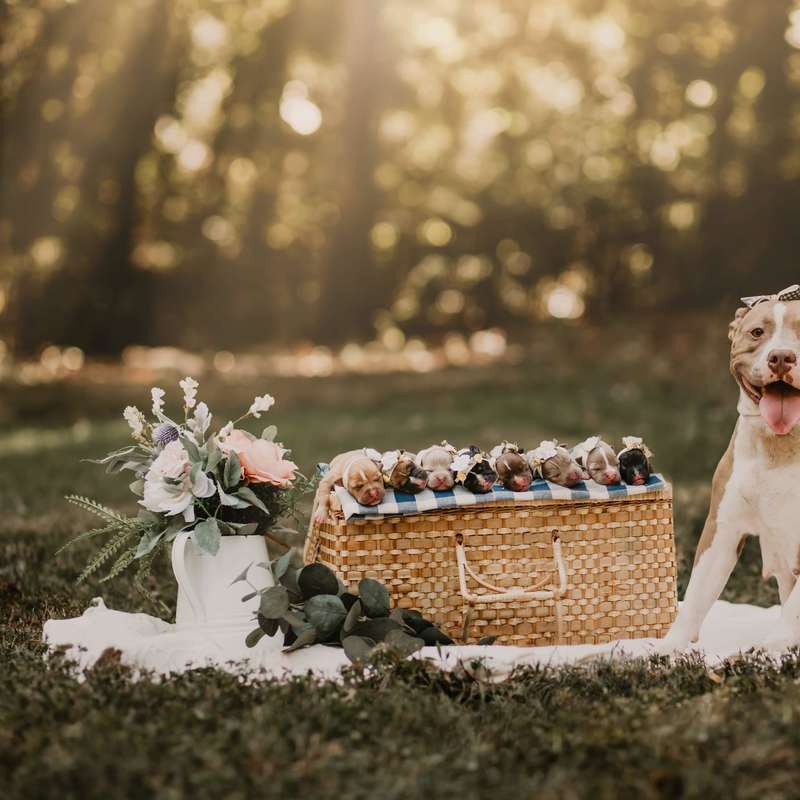 It’ll be a few months before Mama Pickles and her babies are ready to be put up for adoption and find their forever homes. Until then, they’ll be spoiled silly by everyone at the rescue, who are all so thrilled that Mama Pickles is finally getting the second chance she deserves.

“This girly was clearly used repeatedly for breeding and we're excited to make sure this is her very last litter,” Sykes said.

People Are Saying That These People Have Gone Too Far With Their Emotional Support Animals, Others Disagree (20 Pics)