From Rescued to Regal: Our Top 10 Shelter Dog Transformations 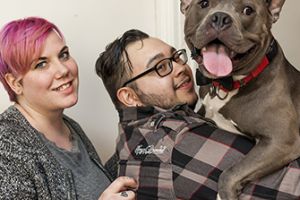 Every 10 seconds of every day, a homeless dog will enter a shelter. That’s millions of loving dogs, every year waiting to be seen as the loving pets they are meant to be. October marks Adopt a Shelter Dog Month, when we encourage everyone to get involved and make a difference in a shelter dog’s life—whether it’s by adopting a dog yourself, volunteering at your local shelter or continuing your support for the ASPCA. Because with your help, love and compassion, any dog–even from the most tragic circumstances--can blossom into a regal rescue. Below, we’ve put together our top 10 incredible shelter dog transformations. Enjoy!

Chuck was abandoned in a New York City park on a cold December day with two fractured legs, unable to walk. Following six months of surgery and physical therapy at the ASPCA, Chuck made an amazing recovery and found a loving family and a home to call his own. 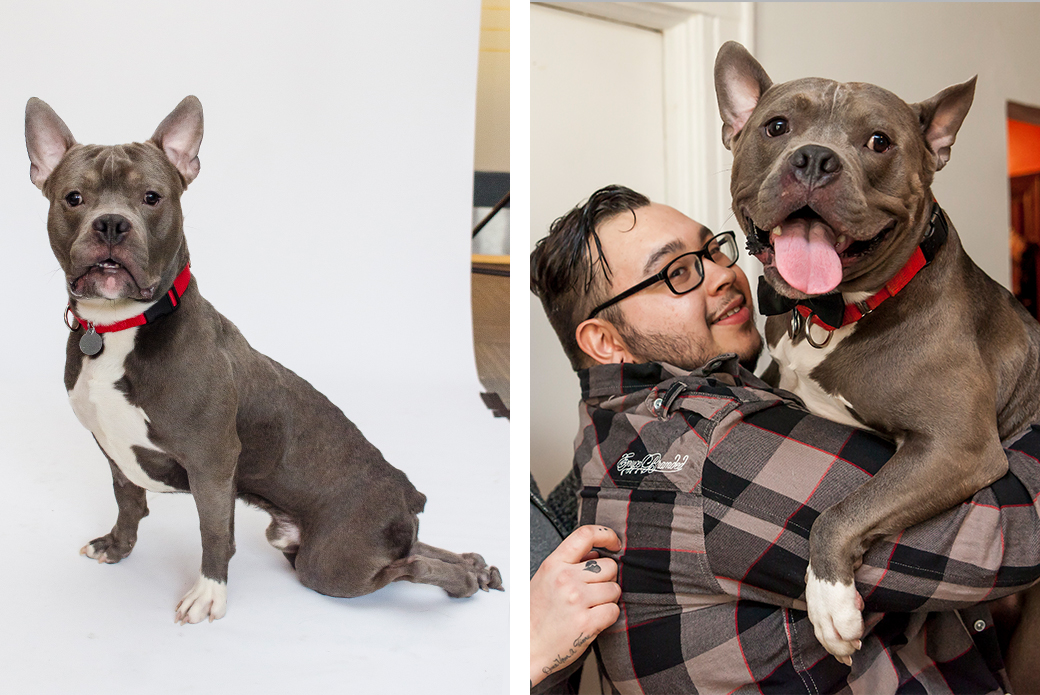 Flora was brought into a New York City veterinary clinic in an alarming state. She was severely emaciated and dehydrated and with a number of medical concerns; she would have died if not for immediate medical intervention. Thankfully, after a slow and steady healing process, Flora began to turn around in the care of the ASPCA. She went to a foster home where her foster caregivers soon fell in love and later officially adopted her.

Before she was brought to the ASPCA, Charlotte was found abandoned in a garbage can, suffering from signs of head trauma, unable to use her back legs. After just over six months of recovery, Charlotte was finally able to go home with her new adopter, who had patiently waited while Charlotte healed emotionally and physically.

Kody was rescued from a cruel breeding situation. Upon his rescue, we discovered that he was suffering from various medical conditions. After seeing the dog’s face in an ASPCA email, Kody’s soon-to-be adopters went on a mission to find the ailing dog. As we worked to help Kody heal, his adopters drove 850 miles, just to meet their newest beloved family member.

On Christmas Eve, Juice was found abandoned on a construction site with wounds on his body. After healing at the ASPCA, Juice spent months at our Adoption Center, being passed by time and time again—until someone finally saw him. Juice’s adopter saw him for the sweet dog he really is and decided to give him a chance. After months of searching, Juice finally found the family he deserved.

One of the worst cases we have ever seen, Adam was in severe condition upon his rescue. He was rescued by the ASPCA with 55 other animals from unsanitary, overcrowded conditions. After a few weeks of treatments for his skin, Adam began to come out of his shell and began to heal not just physically, but mentally as well. He was later adopted by a loving family, complete with two other dog friends.

Ginny was one of several dogs we rescued from a dogfighting situation in the Bronx. She was found tied to a barrel in the rain with a large chain around her neck. Though physically okay, Ginny’s emotional scars ran deep. But fortunately for her, she found adopters who were willing to be as patient and understanding as she needed. She is a permanent part of their family now and was even the flower girl at her pet parents’ wedding.

Fraggle was found malnourished, abandoned inside a zipped suitcase and left to die. After NYPD officers saved his life by bringing him to the APSCA, Fraggle spent months recovering. Fortunately, he made a full recovery, and later found a safe and loving home.

Maddie was taken from her owners in a state of neglect. She was thin, matted, had dental disease and suffered from a chronic condition in both her eyes. After a month of recovery with the ASPCA, Maddie went to live with a foster caregiver in Queens. Her caregiver soon realized how special the small dog was and made Maddie a permanent member of her family.

Chaplin was found abandoned in a Brooklyn apartment with severe matting of his fur that lead to the required amputation of one of his hind legs. But luckily he was in the caring hands of our medical team, and following his recovery, sweet Chaplin never slowed down. On a visit to NYPD Headquarters for Take Your Dog to Work Day, Chaplin met an NYPD officer who would later adopt him and give him the loving home he deserved.

Transformations like these—from victims of unbelievable tragedy to survivors who are thriving and full of life—make what we do every day that much more rewarding. But none of it would be possible without people like you. As we continue to fight for those who need us most, and as we continue to strive to make more incredible transformations possible, we thank you for standing by our side—for standing by their sides.

Behind every animal rescued and every happy ending at the ASPCA is a generous friend like you. Please help us find loving homes for animals—and make more second chances possible—with your special gift today.

Lions are in danger of extinction, but the U.S. will reward a trophy hunter who killed one with an import permit for the animal’s body parts